1_Counting and selection of units in the reserve and asset is very inconvenient ... (SRU) Only a few units are visible in the menu ... and such tasks seem to highlight 250 units from 500 reserves of one class ... the nearest units from a certain point.
2_It would be great if the team sent troops to repair medium, serious or minor damage (hotkey) ... (SRU) (it was convenient in the game WarZone2100)
3_to count the units of all classes separately, you need to go to diplomacy and see how many units you can transfer to another country ... only there it is convenient to view your strengths. It is a little strange and not comfortable
As I understand it, more updates and patches are not planned in the supreme trailer ... Maybe in a future new supreme

The biggest problem in previous games to me is UI size.
1: The UI is clearly designed for older and lower resolutions, so we can't see a lot of units in the list for example.
2: The UI does not scale in any shape or form. Games like SRU are unplayable above 1080p. 1440p is strain on the eyes and 4K is unusable (The engine already hates us when we alt-tab and likes to die if we do, so having to alt-tab *and* have our display blackout to change res each time is insanely annoying). 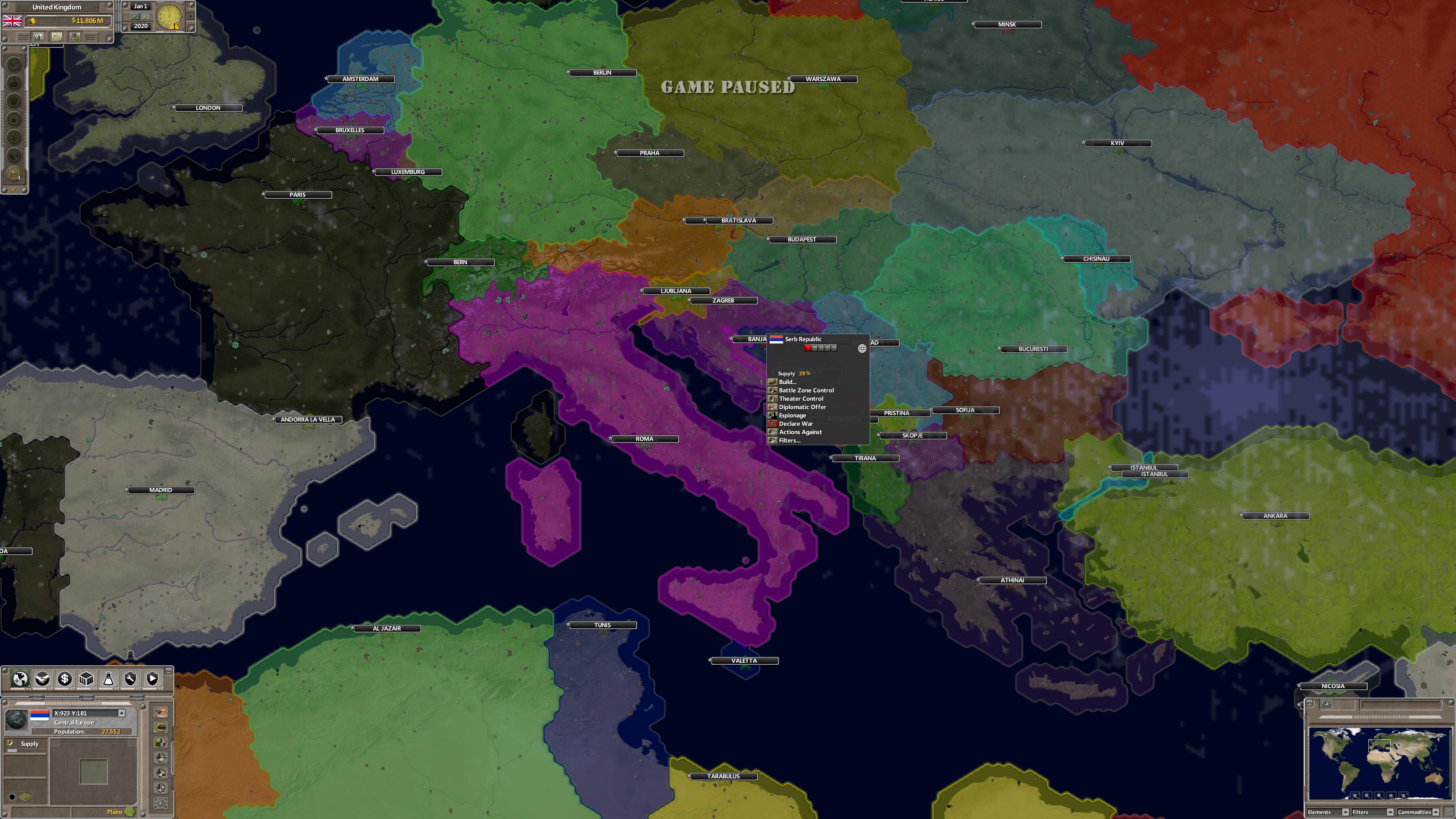 increase the space available for location names on the map (see orange box in screenshot)
and please give a quick tip wich object it is in SRU so i can fix it myself
looks like 18 characters in map, 23 characters in map-editor and largest in original .OOF file seem to be 24 character
would be good if at least those 23-24 character could be also seen in game-map:
"ULTIMATE EVIL DOOMSTAR OF TOTAL DESTRUCTION MK4" the major information of my defensive emplacement to guard an important location would be cut off...

Also, colonies need to use the updated prefix when you rename your country!
My SR:U Model Project, get the latest and post suggestions here:

My biggest complained about the UI is waste of space with useless screws, bars and what not. I dont know what the person thought when making it, but it frustrated alot of peeps clicking on it and nothing happening.

Also i dont need to receive messages of stuff that i already know, and it would be nice if diplomatic trade offers could be filtered, might sound weird but sometimes i am just not interested in subsidising the world. Again 90% of messages are just spam, with no spam box to see anywhere.
Top

There are 20 files for this, HUD_COMPLEX, each one is shown at a different zoom level. For GR, we are just enforcing shorter names. For SRNG, I'm not a fan of widening this, they already "crash into" each other at some zoom levels.
Chris Latour
BattleGoat Studios
chris@battlegoat.com
Top

thank you, will try that - will be usefull for my mod where i have not much cities.
Is there also a setting to always show a city name (and not in relation to its size of neighbors or however the algorithm works) per zoom level?
ie. i want to show the names of both a 100k city and a defence outpost with just 900 people.
my mods
http://www.bgforums.com/forums/viewtopi ... 79&t=25932 (even techs and units for everyone - AI will own you too)
http://www.bgforums.com/forums/viewtopi ... 79&t=29326 (MARSX2)
Top

I think it's based on what you include. IIRC, each of the 20 files has one object for each city size range. Some of them are removed as you go to the higher numbers (higher zoom) so they "disappear"
Chris Latour
BattleGoat Studios
chris@battlegoat.com
Top

thanks for the info, managed to get it working - did hud_complex0 to hud_complex10 with all those details independent of size.
Unfortunately the nameplate was to big in crowded places.
Removing that black background, white border plate made the text barely readable even using a large orange font.

So here my suggestion for a future UI:
1. Make the "plate" (dont know how you name it) that object right before the cityname entry - not a rigid size but make it dependend on the size of the city name.
2. in game adjustable region colors (mainly used for borders but also supply, owner and loyalty)- for own and other regions:
ie. select a region (your own too), go to statedepartment hit the red,green,blue button, then a window pop ups where you can see 3 sliders (and numbers, maybe even entry fields) for those evil RGB values.
Bonus points for adding a randomize button, double bonus for make a high contrast button comparing to your own border.
(Similar in usability like the ingame mesh scale resize function)
my mods
http://www.bgforums.com/forums/viewtopi ... 79&t=25932 (even techs and units for everyone - AI will own you too)
http://www.bgforums.com/forums/viewtopi ... 79&t=29326 (MARSX2)
Top

Hi, first impressions on starting up the game Galactic Ruler and getting into my first world, also all of this is said with love;

1. The menu button, I expect it to be the furthest upper right or left button depending on game, in this its the third button in.
2. Zooming in and out was not 'easy', I believe my click path was blue button up, click my planet, ended up in my galaxy, so very quickly I went from planet to galaxy view and that was jarring. It was beautiful though, A+ for that and for not trying to be Stellaris in art direction.
3. In the technology menu I was disappointed at the narrative disconnect: researching anti-air, when it was established aliens had a blockade in the opening message. I'd expect anti-air to be a tech already in game. All the techs, even discovery of aliens, had start dates of 1905-1907 and that was weird.

I'll try more of the game throughout the week and report back when I can.
Top
Post Reply
12 posts • Page 1 of 1