Balthagor wrote: ↑
May 06 2020
Are you asking me or are asking Nerei? He makes all the models and textures, we just implement what he delivers.

Are you saying there is a region texture that isn't showing?

I ask you. It was put for the M 84 A4 sniper and for the M 84 D. And it was not for the basic M 84 which best fits that description. You could put for him that mashes and Region texture two because it fits the description and it would look nice. You lose nothing with it.
Top

Maybe I'm not understanding correctly. Are you saying we should change a texture or change what picnum is used for a certain unit ID?
Chris Latour
BattleGoat Studios
chris@battlegoat.com
Top

It's too late to make a change like that for this update. Any changes means we have to redo a bunch of testing. This is a minor issue and very easy for you to mod if you'd like different pictures than what we used. What images are used can be reconsidered for the next version of the game.
Chris Latour
BattleGoat Studios
chris@battlegoat.com
Top

) ( i tell you this from experience from multiplayer of my time zone.) (please do not condemn me for my honest opinion)).
So by the next update I will try to find the novelties in the armies of Europe and place them here.I hope next update will worth the money because the game was great so far.
The only complaint I have is that you put the countries of the former Yugoslavia in the same group. because we are not in love with each other.
Top

I think you missed, we've said this is the last update for SRU.
Chris Latour
BattleGoat Studios
chris@battlegoat.com
Top

I think you missed, we've said this is the last update for SRU.

And a chapter on future development? What purpose does it have?
Top

What unit ID in game would that be?
Chris Latour
BattleGoat Studios
chris@battlegoat.com
Top

What unit ID in game would that be?

It do not exists in the database.
These are the protective armor technologies and fire control and warning systems that have been implemented in m84 ab1 tank(https://www.yugoimport.com/en/proizvodi ... attle-tank) which were made to reach the level of t 90 tank.
Last year I suggested that he insert as t 62(https://www.yugoimport.com/en/proizvodi ... de-package)
at the same time as I gave the suggestion to insert m 84 ab1.
Top

VC-10 K3 (ID 14929) currently it has no cargo capacity. It might be worth considering giving it some given that it is a passenger aircraft used as an inflight refueling tanker.

Going by VC10.net (http://vc10.net/Technical/technical_specifications.html) that variant has a cargo capacity of 26.369kg.
Yes the passenger cabin was commandeered for additional fuel tanks but considering the game completely ignores the difference between a vehicle deck and fuel oil tank on ships (seriously nearly all "good" transport ships are oilers or fast replenishment ships) and the fuel capacity does not use the entire payload weight I would say there is an argument for giving it some TransportCap.
It should also be stressed that as can be seen on the below pictures the tanks installed does not take up the entire cabin meaning it should be possible to cram something in there. It's not optimal no but the game does not really properly consider this (the perfect example is loading AFV's on a 747-400ER) 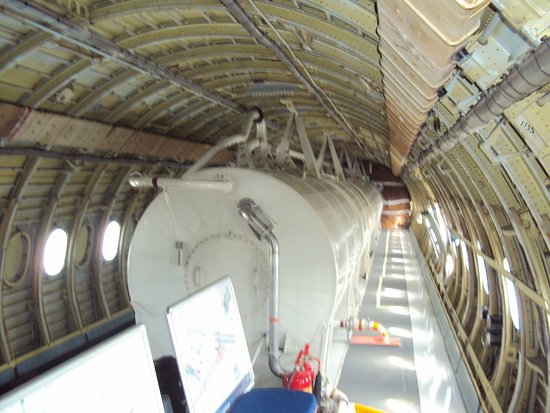 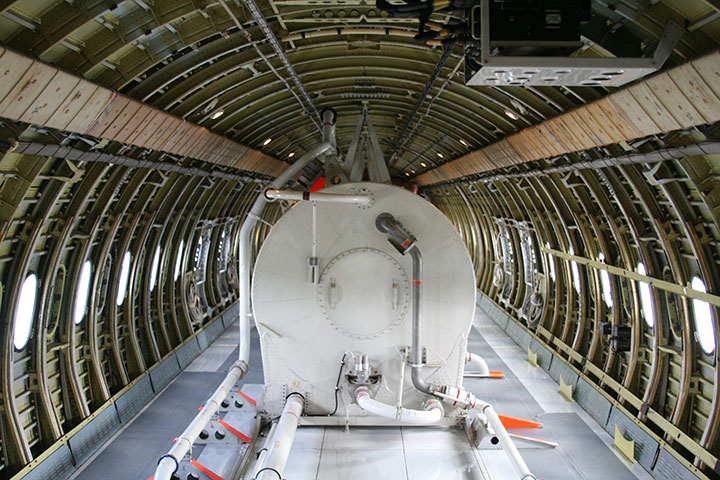 Also it would be the only region group M transport aircraft with a TransportCap over 10 tonnes other than the Trident E2 (12 tonnes) between the SR.45 Princess from 1952 and the Airbus A400M from 2006.

Also yes I know we might not see any-more updates for Ultimate but as there is a chance the unit database might be re-used for Next Gen I still consider it worth bringing up.
Top

Nerei wrote: ↑
Sep 17 2020
there is a chance the unit database might be re-used for Next Gen I still consider it worth bringing up.

TN-105 185mm Towed (ID 4382)
This design has DaysToBuild set to 125 days (for a total of just over 6 years likely making the unit with the longest build time). Given that most artillery have 0.5-2 days with one design having a 2.5 day build time this is probably wrong. Chances are someone forgot a period and it should have been 1.25

N1K5-A Siden (ID 9076)
This design has a few issues.
First off the name is missing an "h". It should be "Shiden". Also looking at the designation the A part of N1K5-A would indicate it is a carrier variant. Either give it the "LongDeckTakeOff" flag or change it to a J (N1K5-J) to make it an Imperial navy air service aircraft.
It also has non-cosmetic issues as its DaystoBuild set at 45. Ignoring the Blackbird fighter variants that is over 6 times any other interceptor. Again someone probably forgot a period as 4.5 would not stand out for a 1946 design.
Top
Post Reply
541 posts