A little big problem in Africa

A little big problem in Africa

I'm playing a Cold War sandbox and I'm seeing multiple problems in Africa, many of them with decolonization processes. The most abstract one is the little attention that the first African leaders have (like Nkrumah in Ghana, Nyerere in Tanzania -country that is still called Tanganyka in the game after its decolonization-, etc.). But there are other problems that are more concrete, like decolonization of Sudan never happening, or the Angola-South African war exploding when Angola is still a colony from Portugal (in the game, it results in an portuguese-southafrican war, when in reality the apartheid South Africa and Portugal were allies against angolese guerrillas). I will post a image as an example. 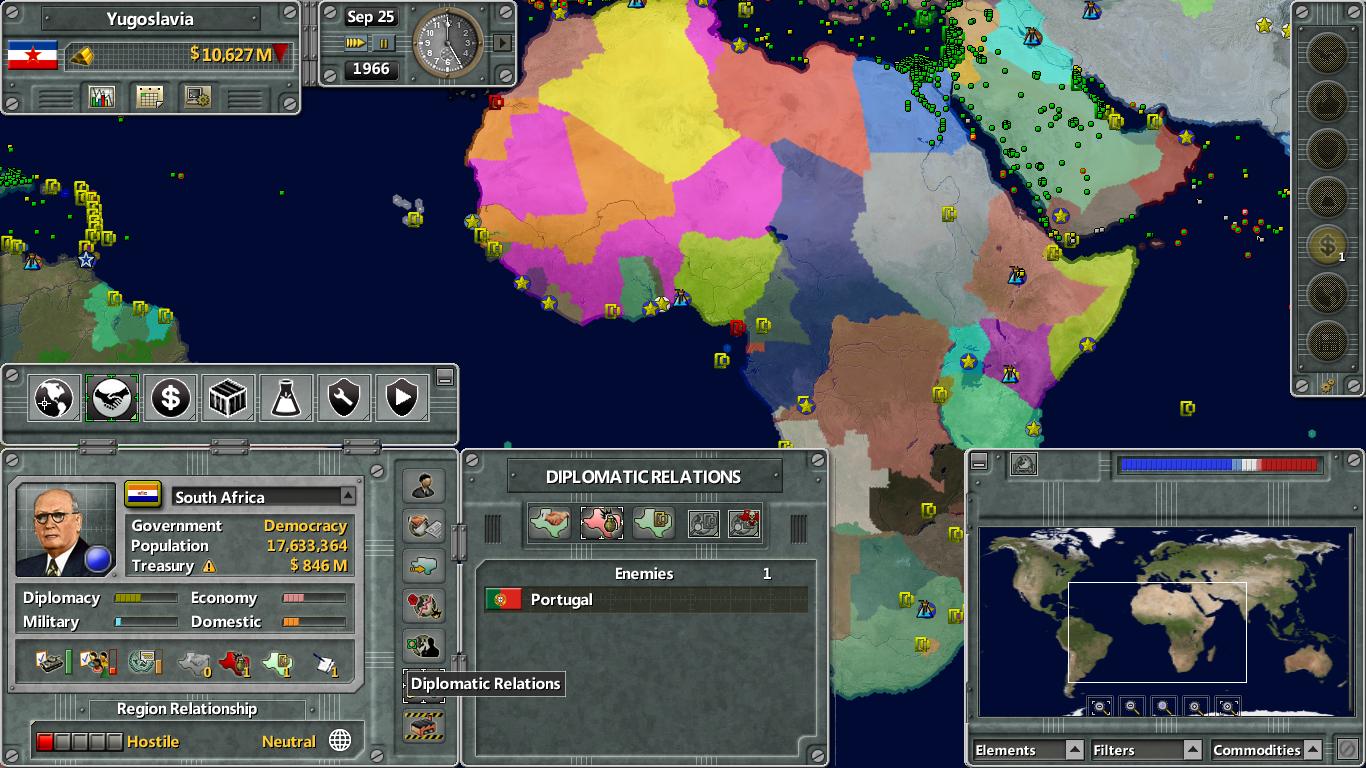 Re: A little big problem in Africa

Sudan didn't leave the British Empire until the 80s around the time of the Falklands war iirc. Also yeah this game does often get history a little skewed due to just how it has to work with the old game itself, e.g. Britain never went to Vietnam, but British AI assumes it needs to play Fortunate Son in the fields with its allies no matter what. Also there's only like 1 piece of decolonization that happens if you are the overlord, and that's Burma around 1937 where it leaves and if you are the player, it doesn't become British Burma, just an independent Burma that hates you.
Top
Post Reply
2 posts • Page 1 of 1