It's November 7, late 1949 9:30 Morning. North Korea ruled by Communism party started movement near 38th Parallel, NATO is shocked by it.
Although USA says World should not be worried cause USA troops would defend South Korea by any means and North Korea isn't so stupid to attack South Korea and USA.
We Are gattering near 38th Parallel, getting ready for bloody attack. 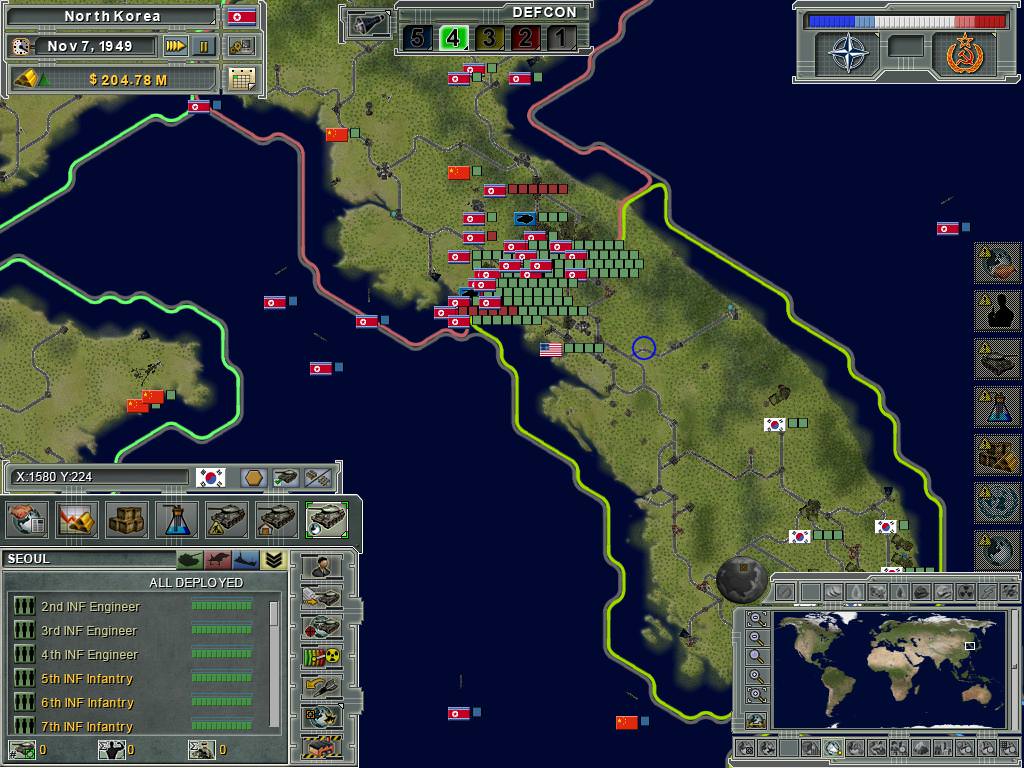 November 12, 13:23 South Korea is aware of North Korea aggresive attack and deploys forces to repel NA attack.
13:28 For some reason, communication devices are not working, so South Korean's can't connect and communicate with USA forces. South Korean Goverment is in completely shock how NA army is advancing trough their defences.
Our army is near South Korean Capital Seoul door. 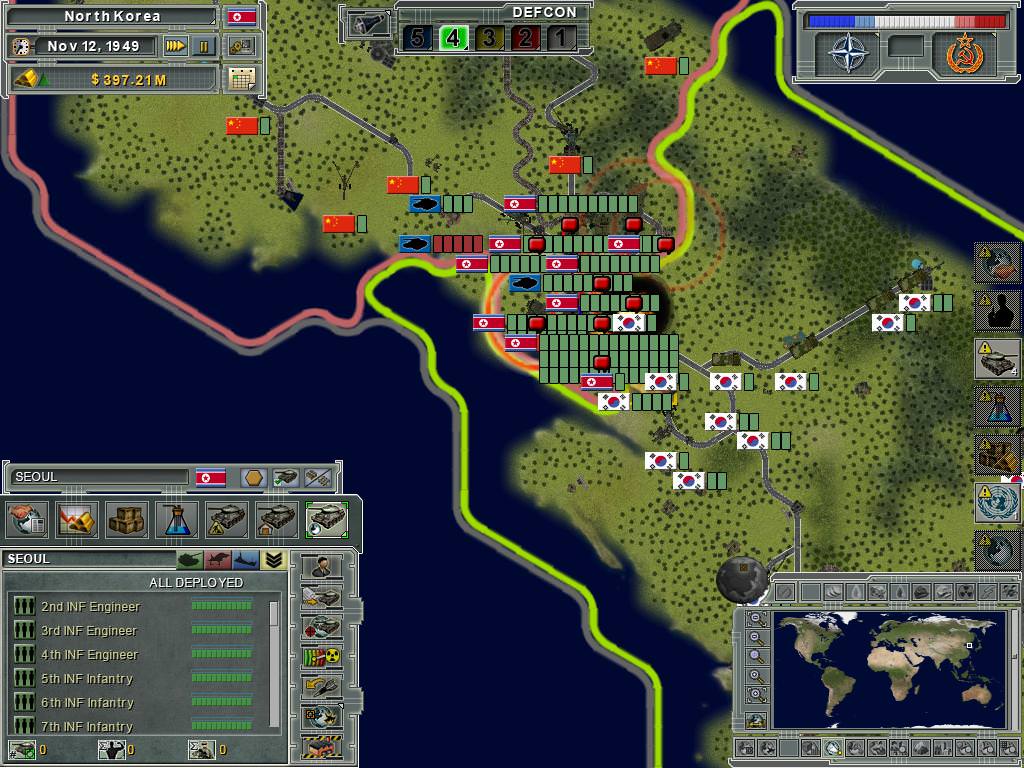 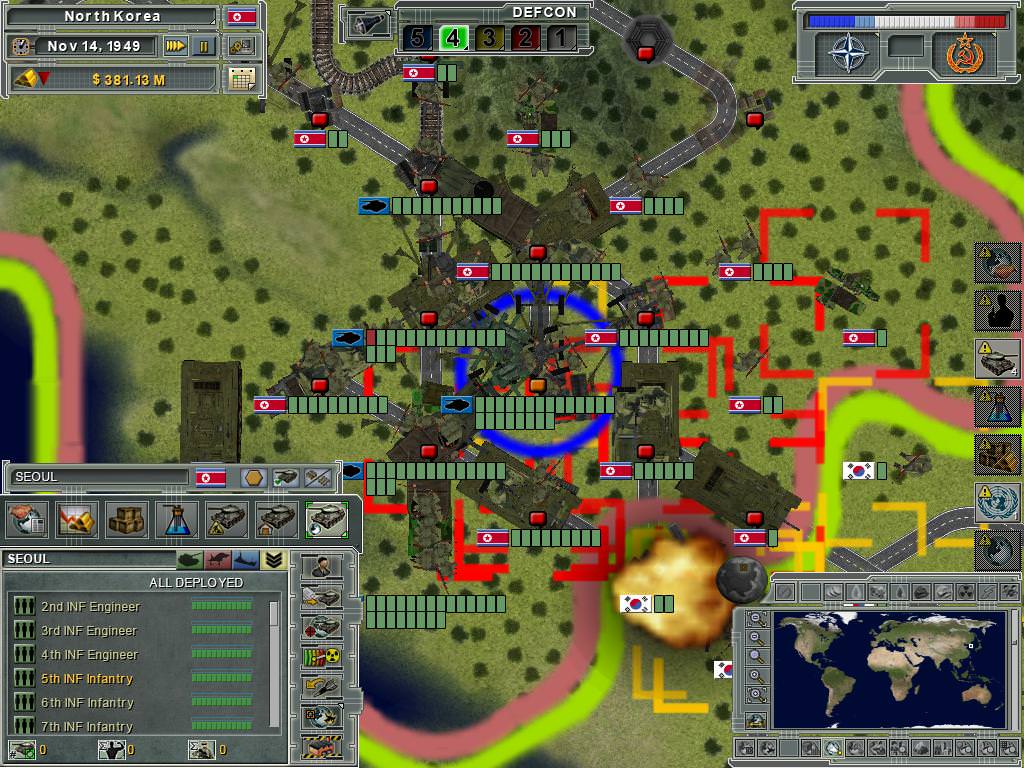 November 28, 1949 10:40 Morning. South Korean finally contacted USA Navy, and it is coming to Pusan, Reinforcements are crucial for South Korean respond.
North Korea is near Pusan, which is new Capital of South Korea. Who will get to Pusan first?

November 28, 1949 13:34 Navy is still far away from South Korean coast, but NA army is now in Pusan. Everyone in North Korea are celebrating, but war isn't over yet, South Korea still tries to defend Pusan with all they got, but North Korean Tanks and Altillery are too much for South Korean crumbling defences and NA army breaks out to Pusan Palace, captured President. Bloody war is over, finally Korea has been united, by a force.
Just arrived in Pusan. 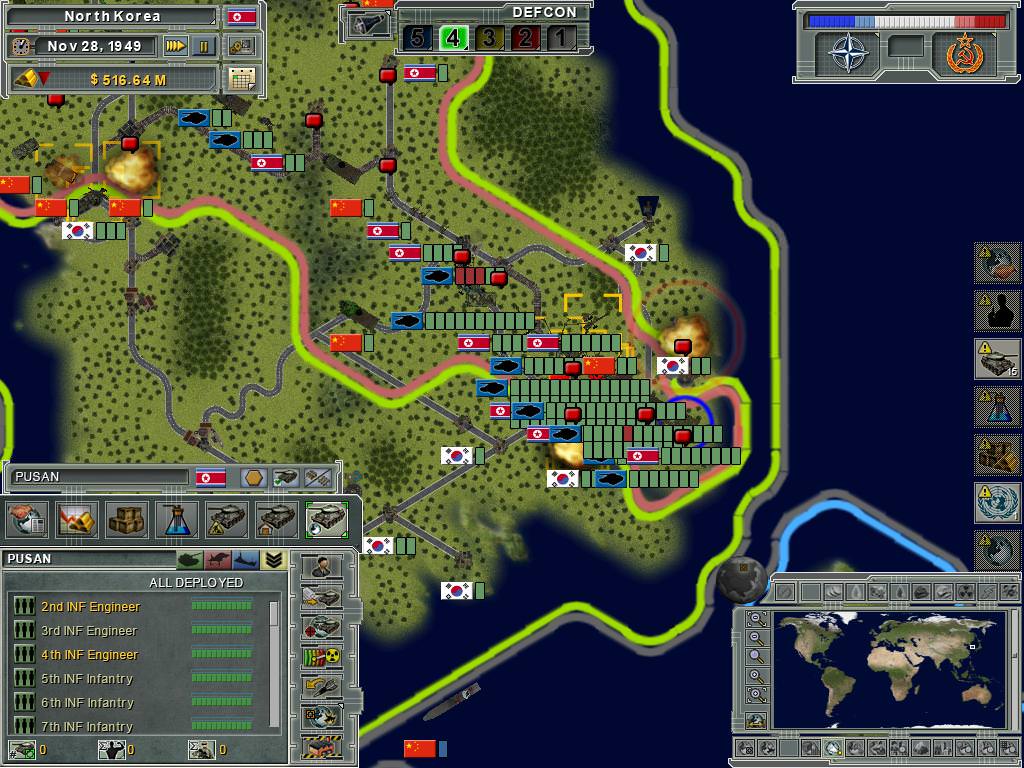 December 9, 1949 North Korean Dictator Kim-Ill-Sun renamed the country to Korea. Country is developing fast. USA is on the line for Declaring war on Korea, but other NATO member's don't want to start a war in asia. Korea still has some tough challenges that will show up in the future but they are fastly developing, im-porting and ex-porting various products. Warsaw Pact offered North Korea to join it. Next Target of Korea is Japan, but when will NA strike?
Top

Seemed too easy. Let us see what the future holds. I do enjoy a good AAR.
https://www.youtube.com/user/GIJoe597
https://discordapp.com/invite/GnXrnxS

Many sea transport unit's are ready to use for invasion.
Top
Post Reply
3 posts • Page 1 of 1