If it's not Messerschmitt Me P.1101/99, I give up for this round as there are too many projects that "look like it but are not quite like it", as always some detail is just a bit different

It is a Me P.1101/99 or at least the sources I used where of that aircraft. Also yes the problem with these paper projects is that depending on what source you use there are minor differences.
Top

I approve (and I couldn't guess this one either)
My SR:U Model Project, get the latest and post suggestions here:

I find the Me P.1101/99 an interesting idea as it is basically this large extremely hard hitting flying anti-tank cannon. Even the 5 secondary 55mm cannons would be effective at destroying enemy armour and that is on top of the 7.5cm PAK 40. This really would be a jet-powered HS-129B-3 taken to the extreme. 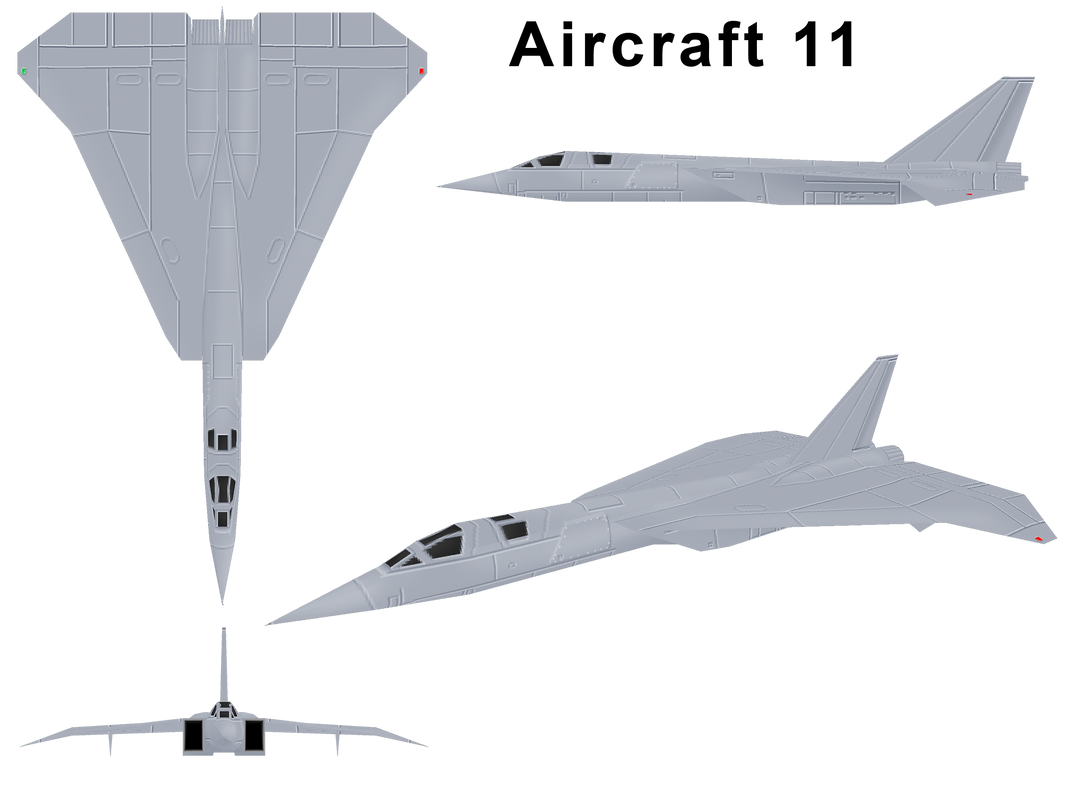 note that on some illustrations the side window for the rear seat is round and on others there might be a few smaller rectangular ones instead. I went with the versions that have a single large one.

Also FYI I found an issue with aircraft 12 that needs fixing before I will post it so the planned more difficult aircraft 12 might end up being replaced with something else (and likely easier).
Top

This one is easy

Though to be fair, I ran into it yesterday while trying to identify aircraft 10...searching for Me P.1101/99 broadened my aircraft identification powers immensely

Well it is limited how long I can keep this going as I am by no means making one a day.

Also this Aircraft 12 is not the one I originally planned to use but honestly it makes no difference. 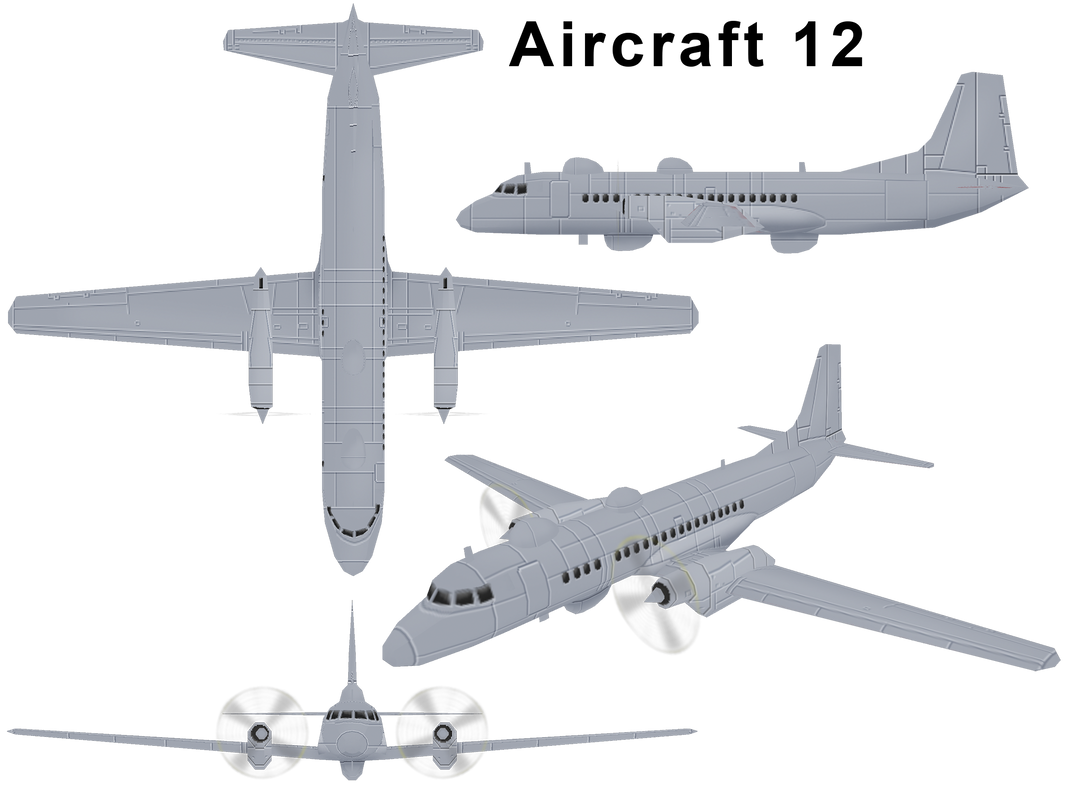 This one should not be too hard. 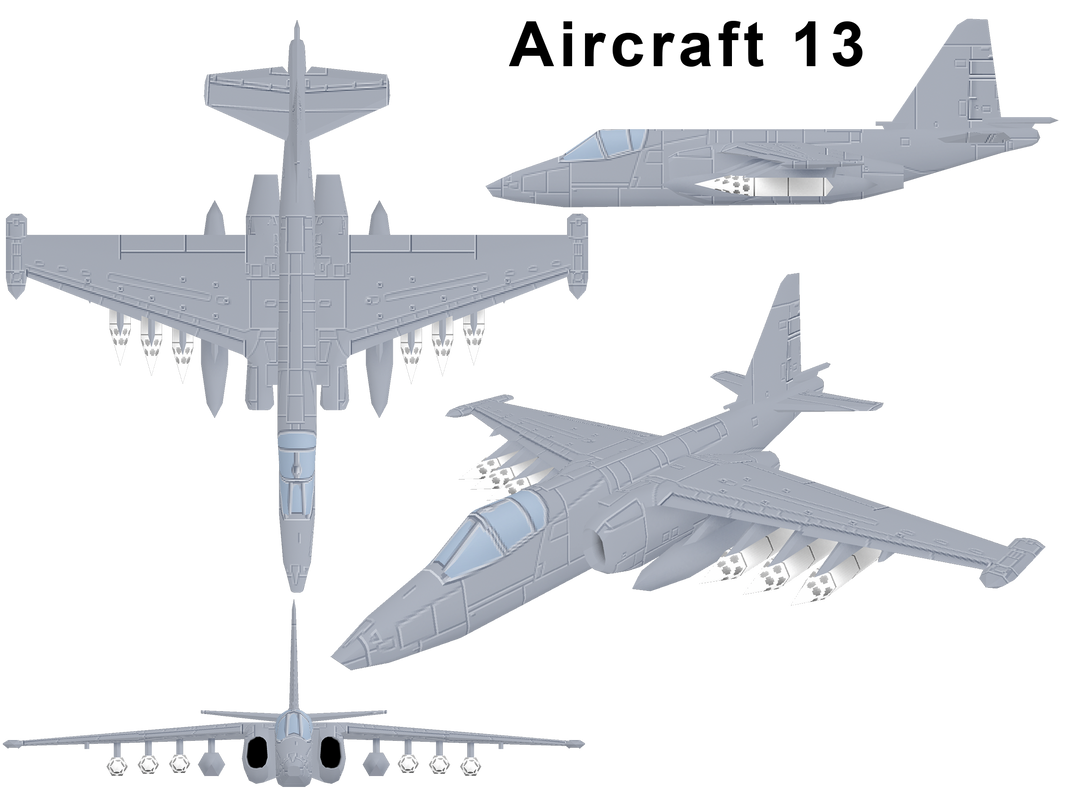 I might end up adjusting the rocket pods I have not decided yet.
Top

This one is arguably even easier but I did not pick it due to difficulty of identification so that is just a side-effect. 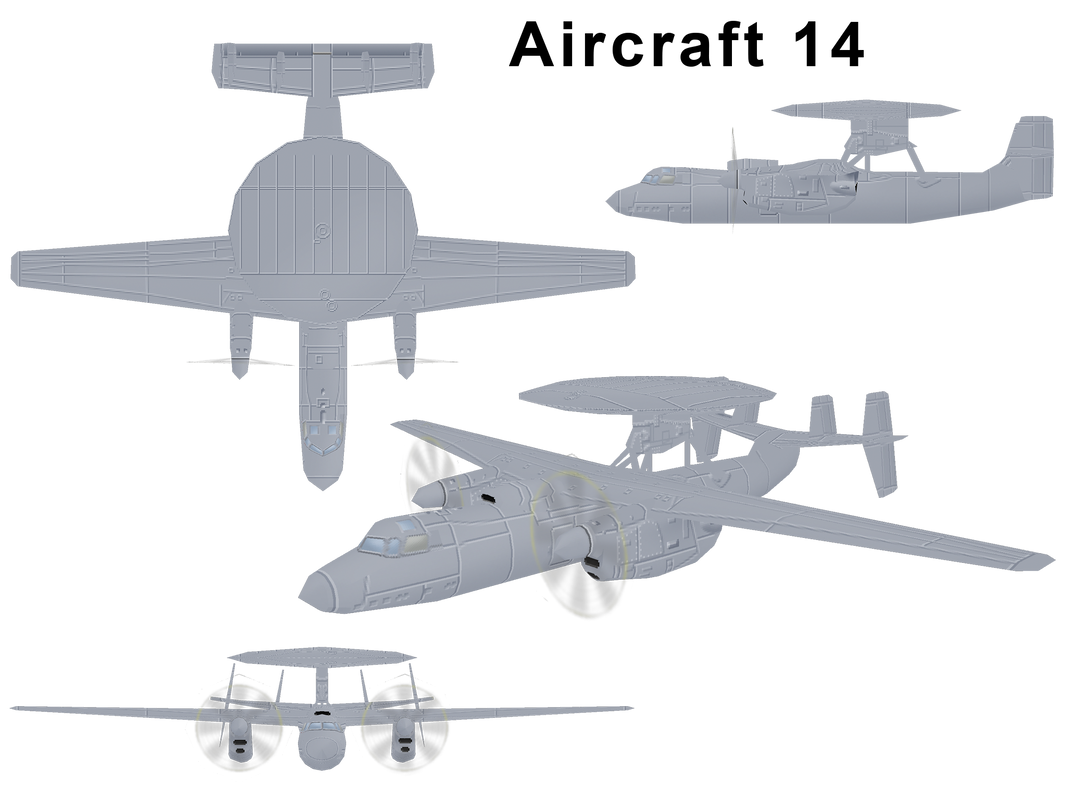 E2 Hawkeye
My SR:U Model Project, get the latest and post suggestions here:

Indeed it is a Grumman E2 Hawkeye.

Also I did a major upgrade of my desktop computer. The only thing that is left is the SSD's and power supply. Even the cabinet had to go as the old one did not support a 360mm cooler. It should be a quite capable graphics workstation assuming I end up using it for that instead of my Macbook pro.

It will probably take a bit of time getting it up and running as I had to upgrade from 7 to 10 as my motherboard only supports 10. So far though I find windows 10 Home quite infuriating. I hate how update works for one and just for the record I refuse to pay microsoft for the privilege of not having it do whatever it want whenever it want. Using backdoor methods will also only get me so far.
So far I rate it somewhere around 8 or Me.

Interestingly Windows activation managed to max out an i9 9900K for over a minute!


Basically I will have to use some time to either get windows up and running or find alternatives if I end up ditching it completely. I will however still have my virtual 7.
Top 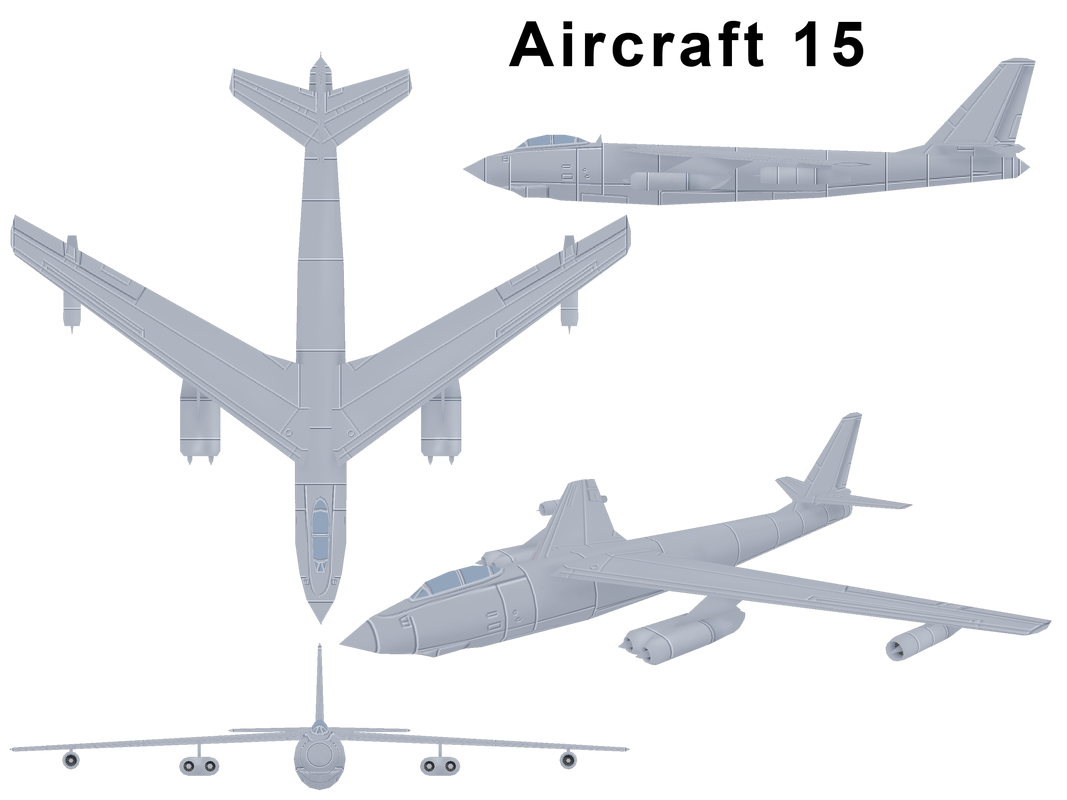 Probably a bit more difficult than 14 but nowhere near say 10.
Top

B47 Stratojet?
My SR:U Model Project, get the latest and post suggestions here: