It looks indeed quite a lot better than the original. Among other things, the use of the alpha channels really improved its appeal.

Also, it`s great to see the TR-85M1 so close to completion.
Top

One thing that bothers me with the TR-85M1 is actually the large fairly empty surfaces. I know they are like that but it still bothers me. I guess all the details on the Type 10 is also one of the reasons I like that tank.

I am still tweaking the model actually as I would like to get more details like those bags shown on some illustrations included and the rear set of smoke grenade launchers are also not there. There should be space on the UV map to include them.
Also some tris should be removable without affecting the appearance of the model which will help with keeping overall tris count down if I add those extra details.
Top

In regards to the TR-85M-1 I`m assuming you`re referring to your model (not the actual tank) and particularly to the turret. Yes, there are those side containers/boxes on the real thing, between the smoke discharges, that pretty much fill that curvature. Without them it looks kinda empty there and it might not be easy to show that particular shape of the turret on the graphics, but is it feasible to add them in terms of how much this would add to the "heaviness" of the overall model?
Top

I find it fun to mess around with tris count and I like to see how much I can do with a given limit but lets be fair. Most of the argument about tris count is a bit pedantic. If a model really is missing something it really should just get it a few tris more or less be damned.
Adding these boxes is not going to make much difference.

I know there is optimisation differences and all that but if we compare the tank models I am making to say whatever-was-his-name protagonist from the XBone launch title Ryse then (if the numbers MS gives out is accurate) they are less than 1-2% of the tris count. Many planes are less than 1%. Sure there might be a lot of them on screen at times but we are not drawing shadows or lights or anything demanding like that and the XBone was really fairly average hardware 5 years ago.
Chances are if you are running on really low en hardware the actual fights of a lot of units or just their pathfinding is going to really hurt your CPU anyway.


That said here is the TR85M1 with a few modifications. I think these changes does solve most of the issues. 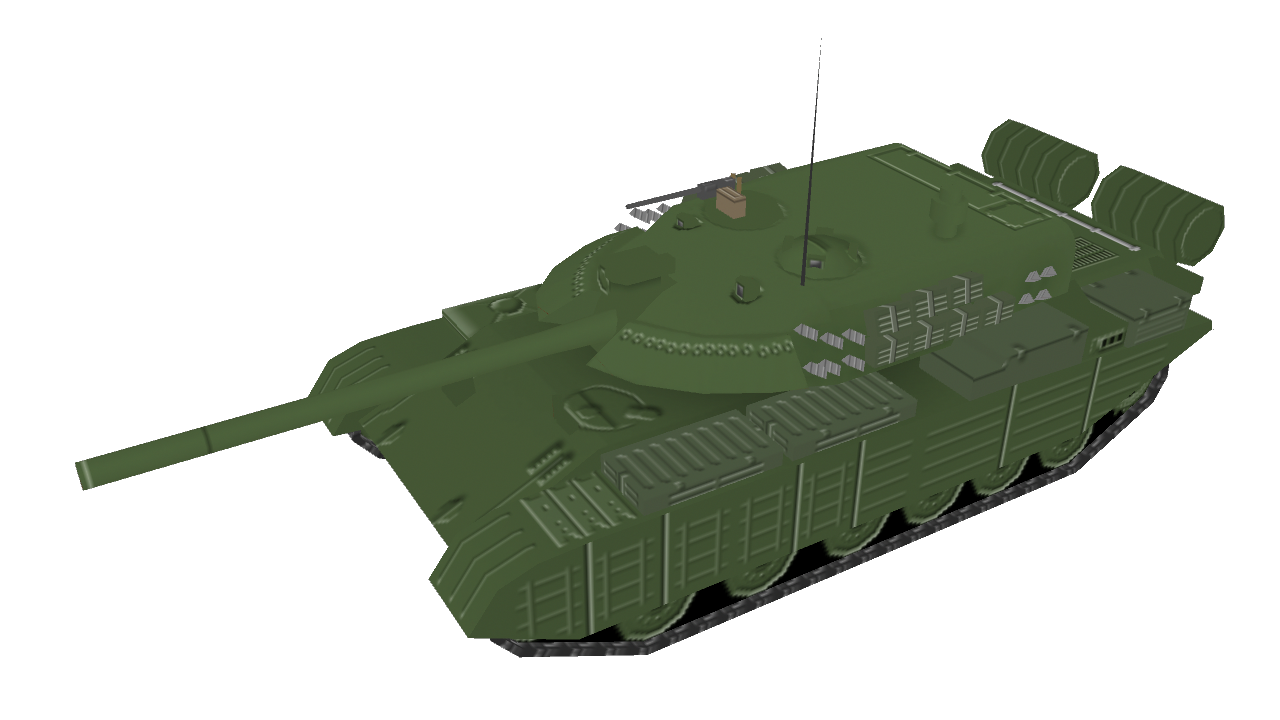 Like most renderings this one is with only ambient lighting.
Top

It looks better. If you find it desirable you could accentuate the colour difference between those bags and the turret as in some photos they are fairly distinguishable:
https://ugc.kn3.net/i/760x/https://farm ... 70b5_o.jpg
Also, if you`re still concerned about the lack of detail I think there are a couple more lines

that could be drawn on the texture for the front of the hull and top of the turret:
https://i2.wp.com/www.resboiu.ro/wp-con ... r-85M1.jpg
https://www.taringa.net/comunidades/mil ... ve-II.html
Top

Nerei wrote: ↑
Apr 18 2018
Even if the desert camouflage versions are not entirely accurate for all middle east and north african countries I would say it is still better than generic green. I might make more of these even if not needed by current operators just to avoid too many green vehicles there.
It would mainly be relatively new models though (e.g. SHKH Dana or CV-90 not Type 61 or Type 90). Making it for the new vehicles are really easy everything considered. Making it for the old one however is far more demanding as they where never made for multiple texture sets.


Most likely the next british units will be the Type 45 destroyer, Type 23 frigate, Queen Elizabeth class aircraft carrier, up-armoured FV4034 Challenger II and possibly some version of the Centurion (which exactly will largely depend on what I can find the best reference for).
Not entirely sure when the FV 510 Warrior and FV107 Scimitar might be made but as previously mentioned they are likewise a priority.
Another plan I have is to make the HMS Vanguard (battleship not SSBN) at some point as I find it to be a decent post world war 2 battleship that is not obviously American.

Also I want to do a Panavia Tornado at some point although I would consider that less of a specific british unit and more of a European fighter.
Likewise I was considering making a P8I Neptune for the indian naval air arm but considering how close it is to say US and british versions of the P8 I see no reason not to make such versions also.

You right its not but its so much better than green!

As I play most my games as the UK that would be so cool, the tornado has always bugged me I hate the model used for it in fact I change it to the same model as the F-15 which still isn't right but its better.
a proper tornado model would be mega though

Keep up the good work

If there is a general interest in the Panavia Tornado I can push it a bit ahead but I do have a lot of half completed models already as well as additional texture sets so it will not be right away under any circumstances. 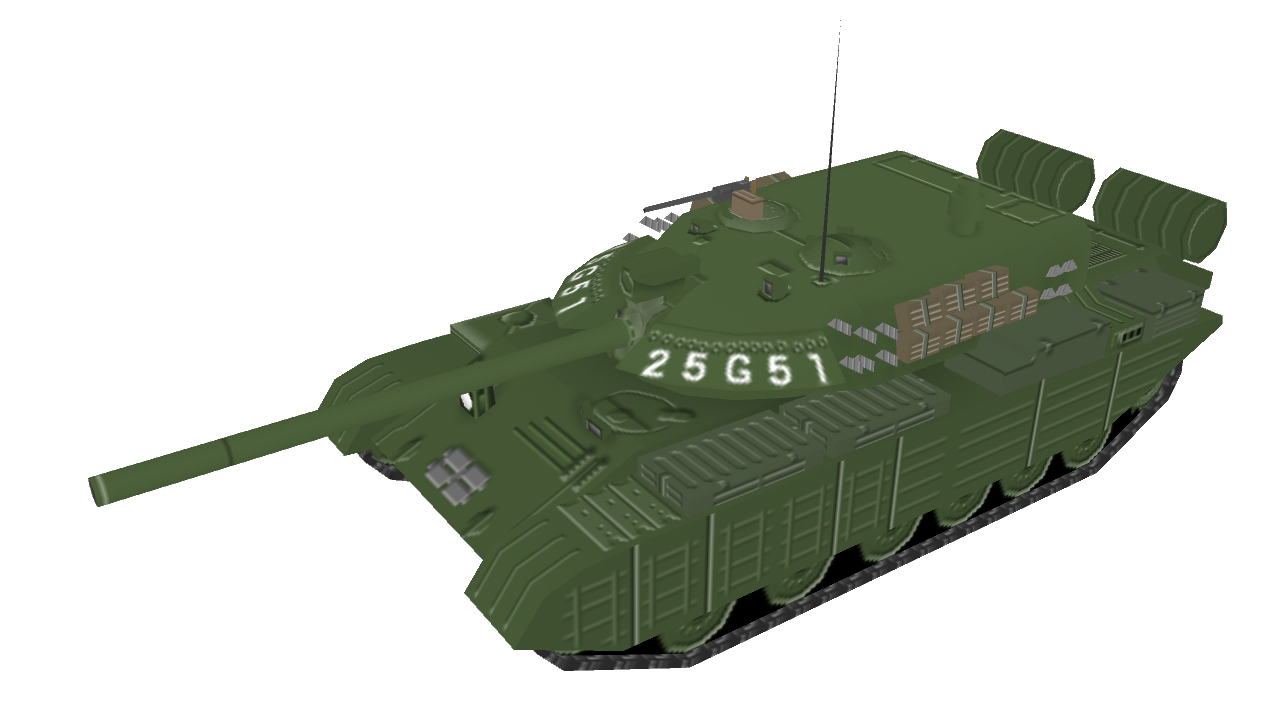 Since there is a decent model of Tornado already in the game, I'd rather you finish some of those half completed models that you have...

The TR-85M1 is already looking great!

number47 wrote: ↑
Apr 22 2018
Since there is a decent model of Tornado already in the game, I'd rather you finish some of those half completed models that you have...

My thoughts exactly (and we also have the Warrior in vanilla btw), but since I`m getting a TR-85M1 (and LanceR!) I`m in no position to be spartan like that.

Honestly I am not all that focused on what models already exist.
I mean some of them are pretty good and I would probably not prioritise those but for others I am as much doing it for the variety additional regional texture sets offer. That pretty much dictates making a new model as the BG models tend to mirror their UV maps meaning I cannot properly do camouflage, text and in some cases roundels.
That is the reason many of the units in the JSDF set was made not that I have any particular feelings towards the majority of those models.
It is also why I am making a F-22 and F-35. I want a JSDF, ROKAF and IDF texture set for them.


The Tornado would be unlikely to be part of the next release in any event. I really need to get that finished so I am unlikely to add more to it than already exist. It would mainly be about including it next time together with some PLAN vessels amongst other.
Top

I'm happy to wait for the Tornado till next release if the demand isn't there what we have already is fantastic with more to come in the next update I cant wait!
Top

Some basic work done on the uparmoured Challenger II. 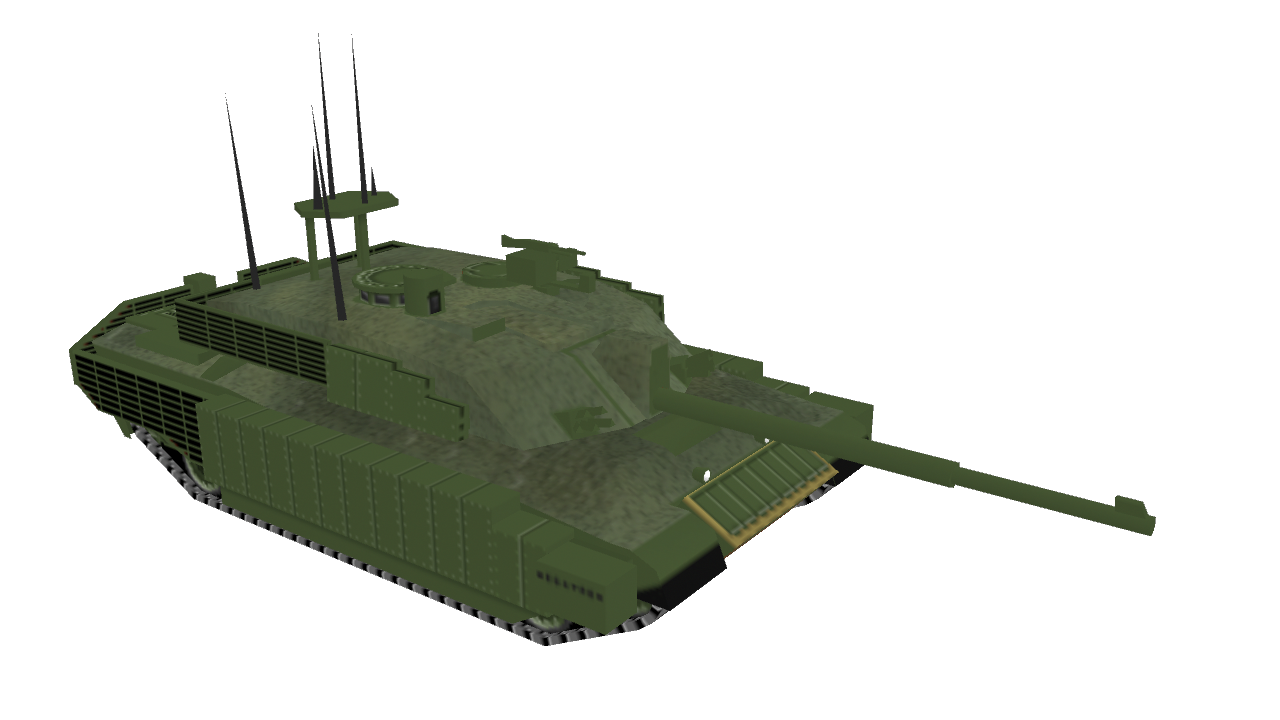 Basic lighting is done. There is still some work to do on things like the camouflage netting which is one of the reasons for making this model.
Top

Any plans (in general) for Mitsubishi F-1? Or maybe F-CK-1 Ching-kuo?

Well that is a Japanese and ROC aircraft so need I really say anything? ^_-

Seriously yes I do have plans to make both of them. I originally planned to include the F-1 with the other Japanese models I released last year but time constraints resulted in me delaying it together with a few other models. After that it has sort of just been left in a state of incompletion.
The F-CK-1 is largely the same. I have several times thought about getting it done but I keep getting sidetracked with other models.
Top

The Challenger is awesome, but you`re going to use alpha channel for the bar armour, right? The black areas kinda spoil the effect.

Btw, is this a model that could (at some point in the future) be easily converted into the standard Challenger 2 like you did with the Abrams?

For what it`s worth, you have my vote for the F-CK-1. With all the new PRC stuff flying around in the game now it would be fitting to have the most representative plane of ROC too.
Top
Post Reply
1269 posts