Personally I tend to prefer the F-104 but that is mainly down to the US, ROC and Japanese variants being quite colourful and detailed.

Nerei wrote: ↑
Apr 10 2018
Personally I tend to prefer the F-104 but that is mainly down to the US, ROC and Japanese variants being quite colourful and detailed.

Thanks for the fix.

I would need 8 different types of satellites/ space shuttles: 4 for the USSR and 4 for the US. 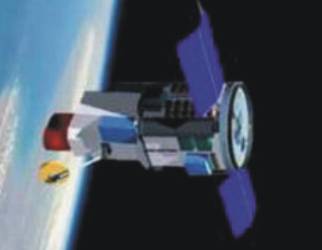 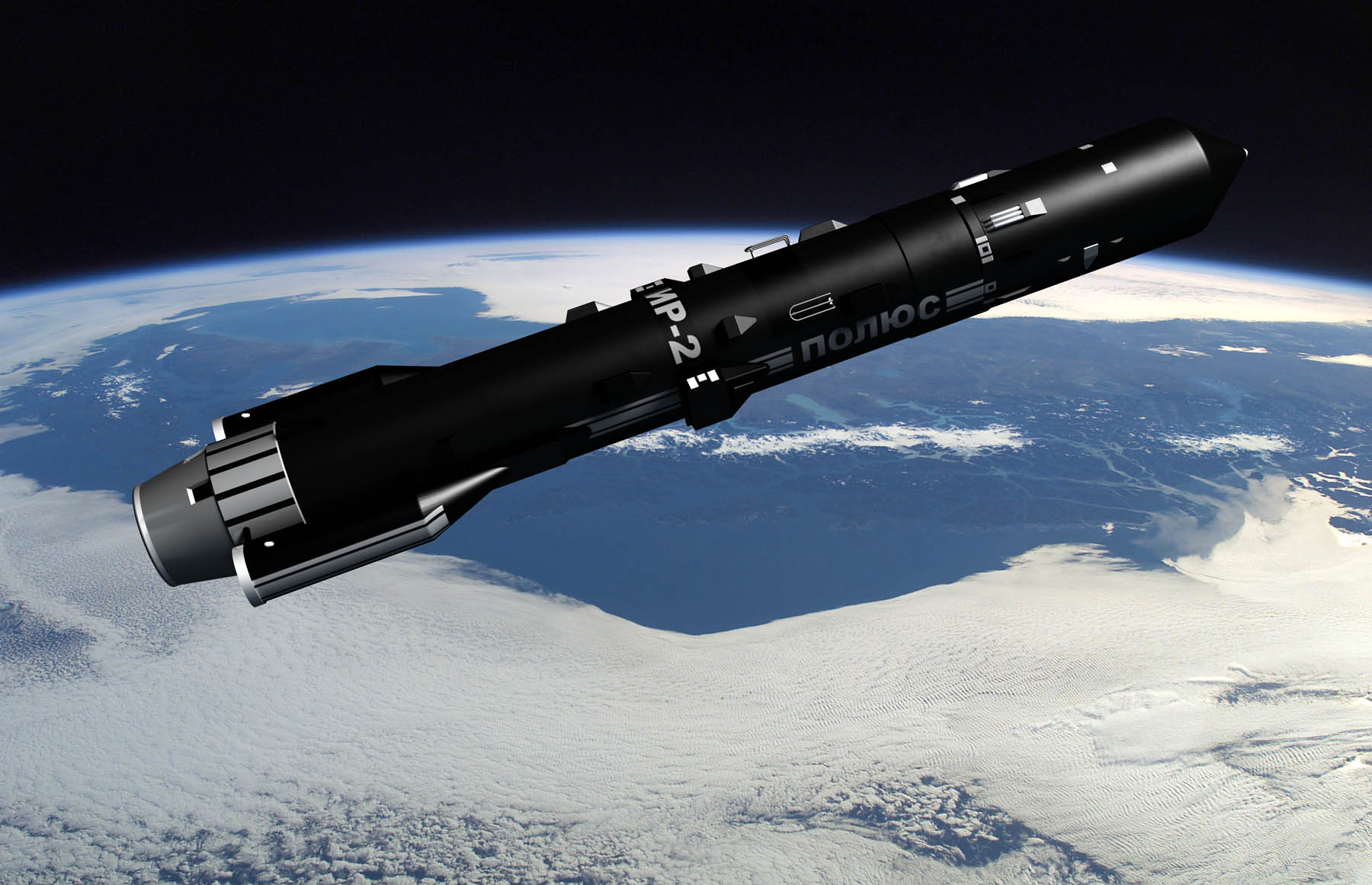 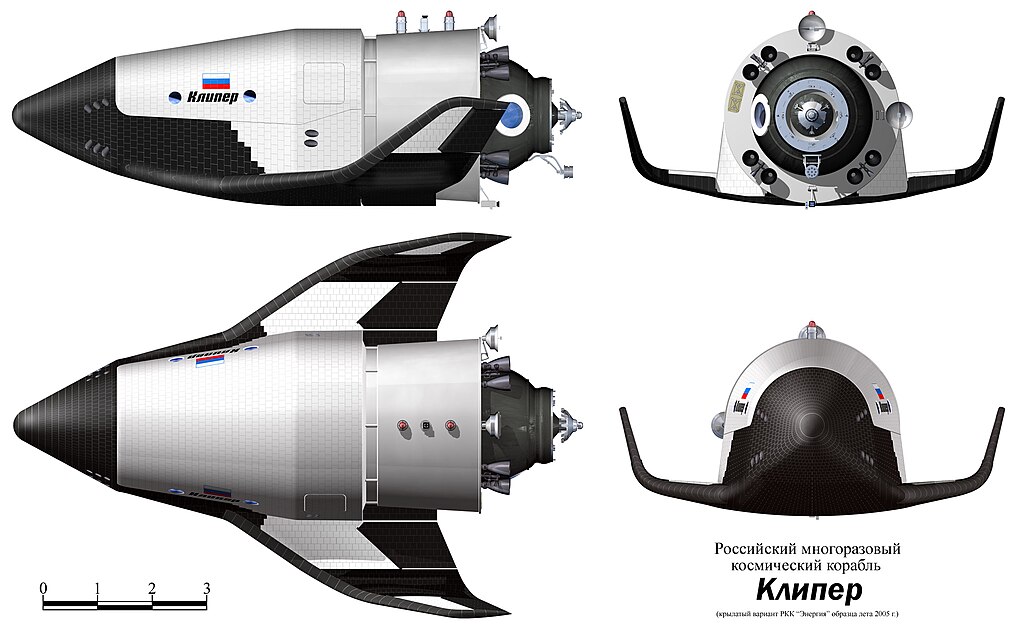 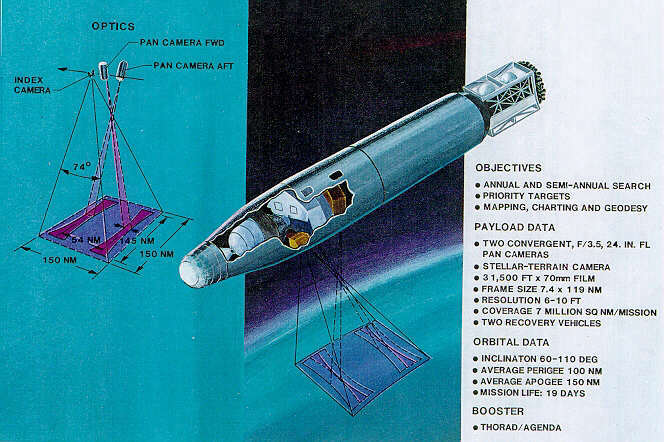 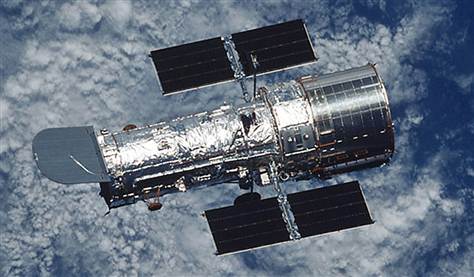 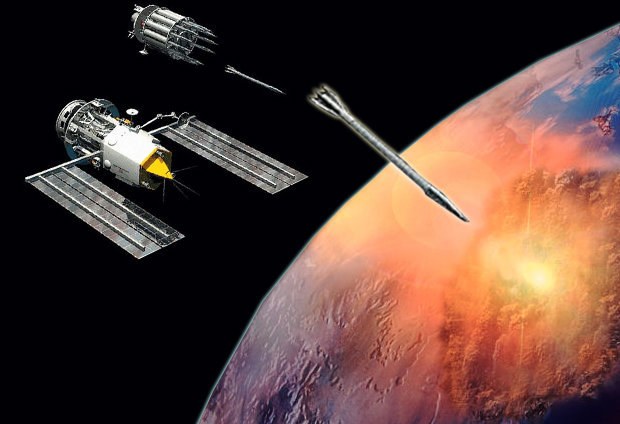 Well yes that is the German nickname for the F-104. Personally I prefer "flying coffin" and "lawn dart".

I will add those 8 to my design spreadsheet. I cannot give any timeframe right now though.


Also Boxers. Turns out a UK version is fairly fitting with the UK apparently rejoining the programme. 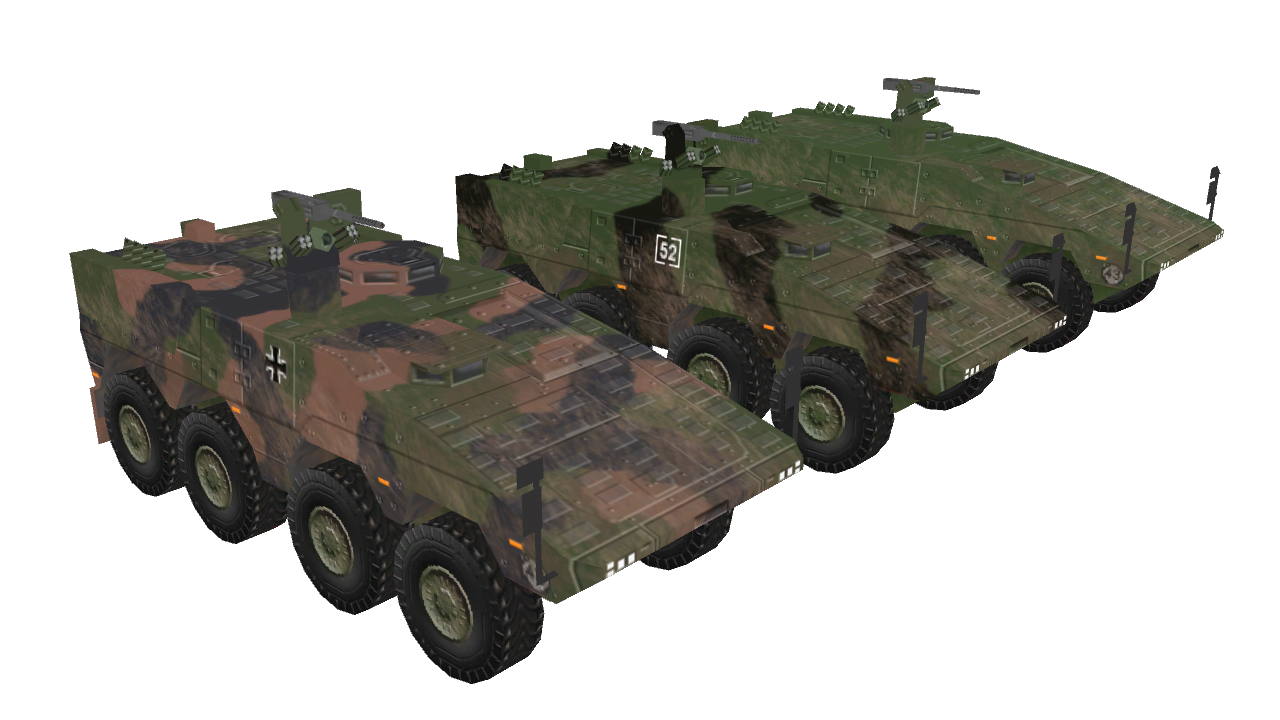 Not sure I am 100% happy with the dirt so I might adjust that at some point.
Top

Here is another preview of the T-55. Like with the MIG-21 there will be quite a few different regional texture sets. 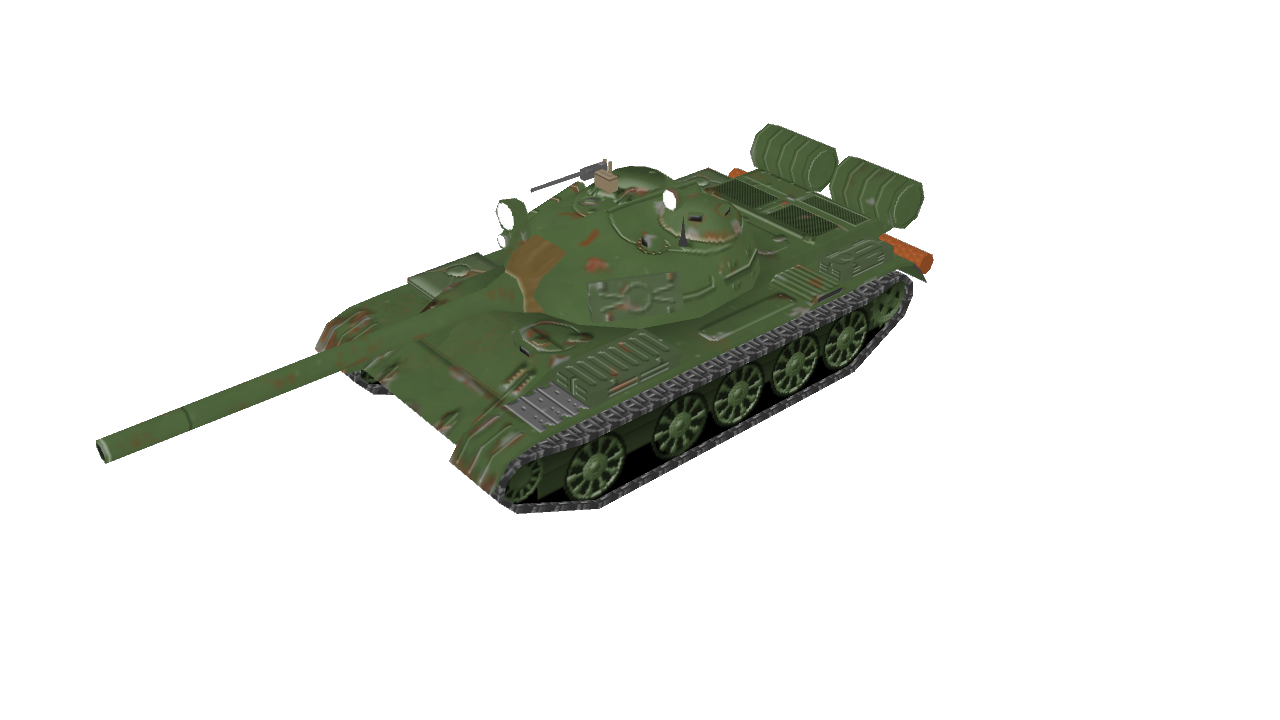 I decided to make a fairly worn out vehicle. Regional variants such as the PRC and Russian will not have this kind of wear. I will probably keep them in some basic shade of green though instead of giving them a more modern camouflage pattern.
Region group T is not planned to have it either and will most likely just be a different shade of green.
Any other region groups operating T-55 variants where such wear and tear is not needed? Also what region group does minor African countries belong to? If they are in say region group W I might make such a variant.

It is also missing some grime although it will likely not get as much as say the Ajax or Boxer. Also I might move the box mounted on the turret to some other location to better allow for markings to be visible.
Top

Nerei, quickly, the international situation is deteriorating fast ... you need to make the THAAD now!


Also what region group does minor African countries belong to? If they are in say region group W I might make such a variant.

My impression (based on the sr2020 files) is that they do not have a separate armsavail code and just use whatever is most appropriate. Alot of them have R and/or C and another significant batch would feature F, but really all sorts of code letters are in there.

I have actually been working a bit on a M983 HEMTT to go with the M901 patriot trailer to represent US Patriot systems. My plan is to further adapt it into a M1120 load handling system HEMTT and M1075 THAAD once that is done. 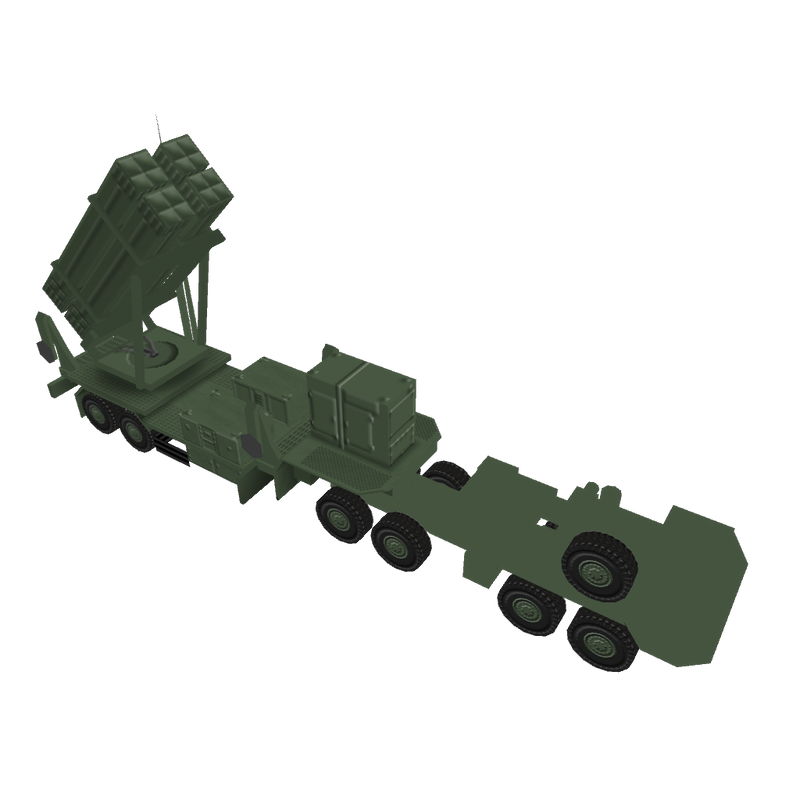 Some way to go still and as mentioned I do have quite a few ongoing models. The HEMTT is also a bit restricted by being forced into the space originally used for the Type 73 heavy truck.
I also plan to turn it into a PAC2 system to further differentiate it from the Type 73 M901 trailer.
Top

Well, the joke was on me then. I didn`t realize you already had such a good grasp on the subject of the US trucks. It would be very nice to be able to differentiate between the Patriot and the THAAD and of course there`s no hurry to complete the model. Since we`re on the subject of trucks and what goes on them though is there anything you`re planing to do that might help, in the long run, the making of a HIMARS?
http://www.military-today.com/artillery/himars.htm
Currently it`s also one of those missile launchers that uses the generic vanilla 8x8 one graphics fits all.
Top

HIMARS shares chassis with the FMTV series of trucks which in their own right is a decent candidate for representing modern US supply trucks or motorised infantry for that matter.
Turning one into the other could simply be a matter of replacing the rocket battery with a covered cargo section or vice versa. Designing the model for that would be easy.
Top

boxer looks mega and yes like you say very pleased i mentioned it now!

I do have plans for more british units but chances are they will not make it for the next update.

Also as mentioned some time ago I was intending to redo the type 10. 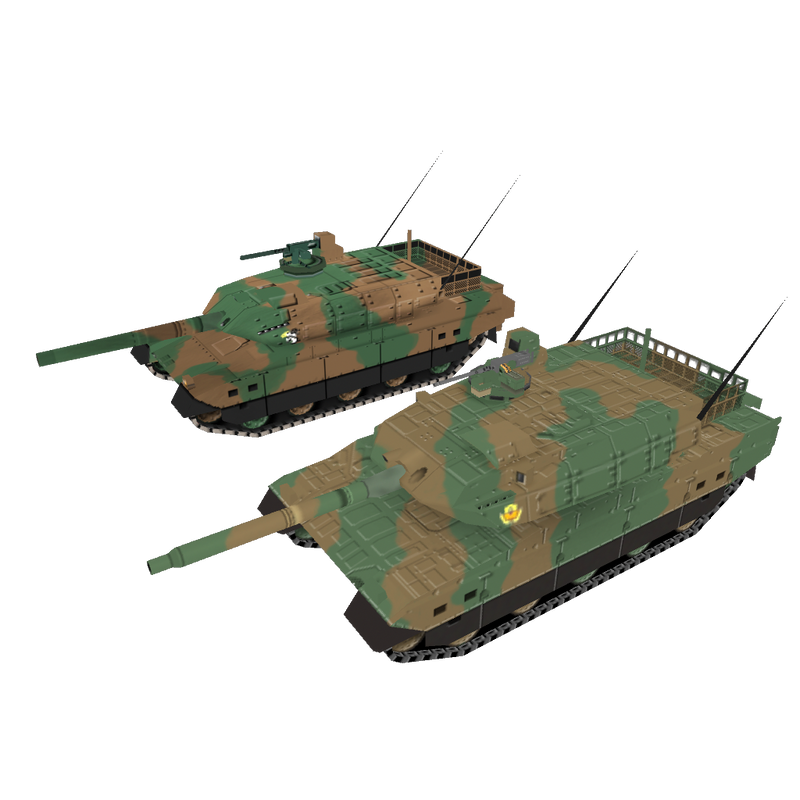 Still some work left including most of the rear of the vehicle but it is fairly far along.
I personally find it interesting to put such old vehicles next to the new ones and compare them.
Arguably there is some differences in that the new vehicle has a higher tris count (though still ridiculously low by most standards) but it is still using a 512 square texture map.
Top

That would be cool

Bit of a training exercise in the desert.

Even if the desert camouflage versions are not entirely accurate for all middle east and north african countries I would say it is still better than generic green. I might make more of these even if not needed by current operators just to avoid too many green vehicles there.
It would mainly be relatively new models though (e.g. SHKH Dana or CV-90 not Type 61 or Type 90). Making it for the new vehicles are really easy everything considered. Making it for the old one however is far more demanding as they where never made for multiple texture sets.


Most likely the next british units will be the Type 45 destroyer, Type 23 frigate, Queen Elizabeth class aircraft carrier, up-armoured FV4034 Challenger II and possibly some version of the Centurion (which exactly will largely depend on what I can find the best reference for).
Not entirely sure when the FV 510 Warrior and FV107 Scimitar might be made but as previously mentioned they are likewise a priority.
Another plan I have is to make the HMS Vanguard (battleship not SSBN) at some point as I find it to be a decent post world war 2 battleship that is not obviously American.

Also I want to do a Panavia Tornado at some point although I would consider that less of a specific british unit and more of a European fighter.
Likewise I was considering making a P8I Neptune for the indian naval air arm but considering how close it is to say US and british versions of the P8 I see no reason not to make such versions also.

No previews though. Most of this will be some time into the future.


One vehicle I can offer a preview of though is the TR-85M1. It is still missing some detailing and the shading is only partially done but it is coming along. 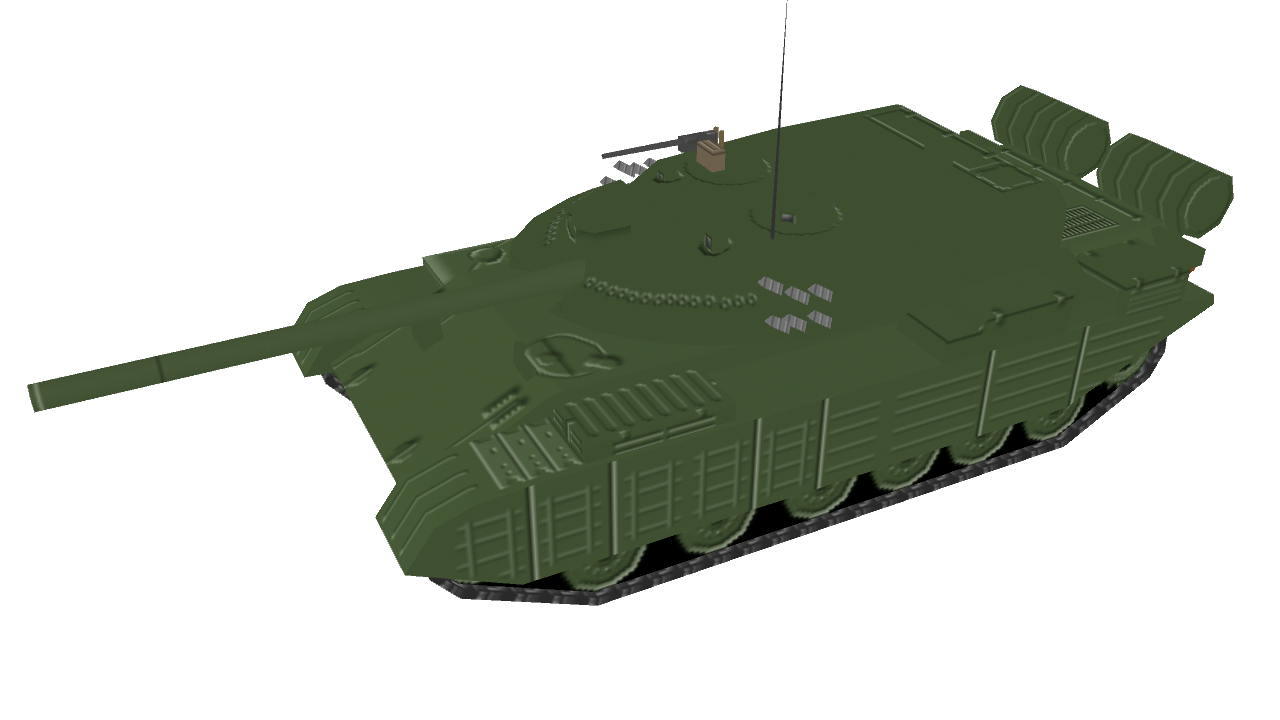 The lack of details is due to the render only being with ambient lighting. The game does not have directional light so I try and avoid that when making renders.
The UV map I have made for this vehicle is probably one of the worst I have made for a long time but that is sometimes the result when doing things like this. It works and it saves time which is also important.
Top

Correction to the above the FV4034 Challenger II might make it as I want to try something with it. 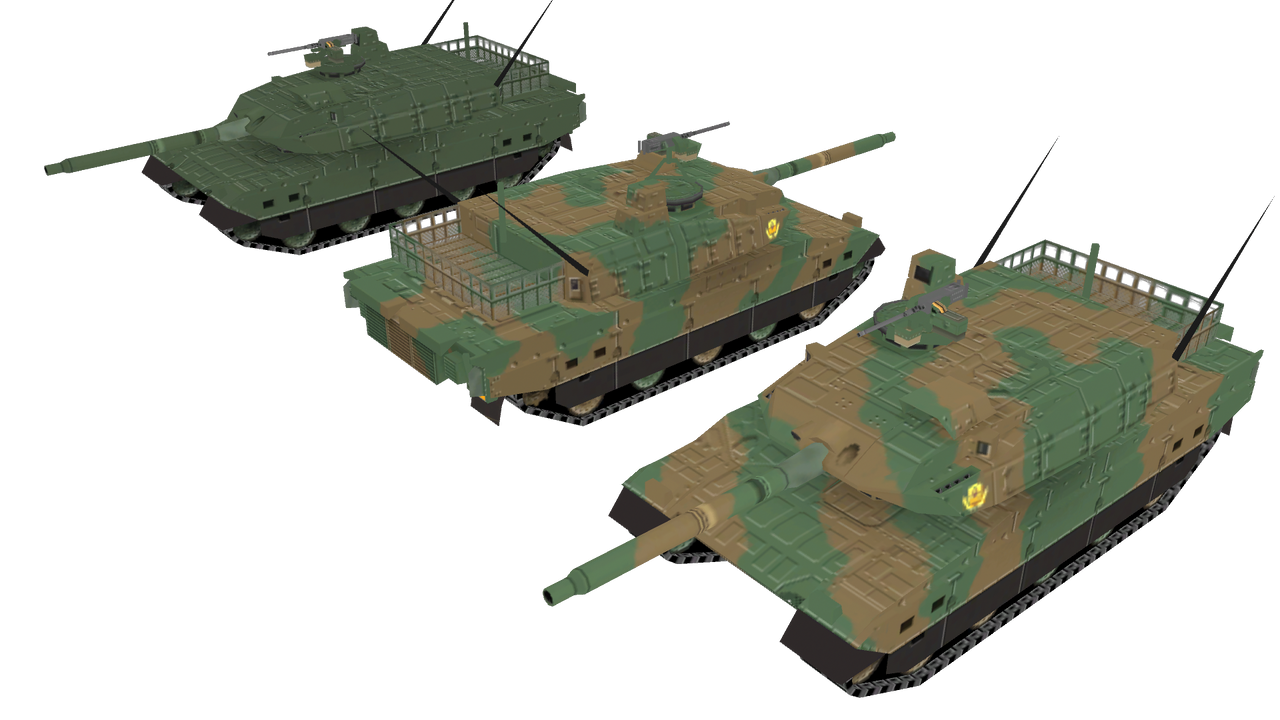 Desert version for this one is not a major priority.
Top
Post Reply
1269 posts