Nerei wrote: ↑
Jan 05 2020
Personally I would love if it was something like this

Basically the game looks for Z5 first. If that is not there it looks for Z. If neither are there it just uses the default texture(s).

Question - What does the "5" represent in this? What system of match up are you envisioning?

My assumption is the game already looks for a character string at the end of the texture names (e.g. The last U of UNIT9999U.dds if the region uses U regional textures).

My idea is to define a custom string (or multiple strings in a prioritised order) instead of locking it to worldavail to have more options.


The "Z5" is just a completely random value I used as an example. It could just as well be "Cookie" or "Balthagor".
I just like the idea keeping things more orderly and you could simply just give each region using region group Z a random Z[number] primary texture.


The reason I suggest multiple prioritised strings is that it would offer the option of a more generic fallback without requiring duplicate textures (e.g. no need to have 10+ copies of the current Z regional texture to cover the 10+ regions in region group Z).

In the above example Z5 could be say Iraq so if it had a design using model 1000 the game would check if model 1000 have a regional texture for Iraq. In this case the texture UNIT1000Z5.dds.

The fallback would be that if there where a UNIT1000Z.dds but not a UNIT1000Z5.dds it would still use a better texture (in this case likely with desert camouflage instead of maybe flat green)


You could also define say a primary regional texture and use the worldavail choice as a fallback if there is no primary but that would not solve problems with regions like Ukraine unless you ensure it have one for all relevant cases.
Top

Please let me know if you ever do something like this. I'd love to do more Middle-east, smaller European nations or African variant textures but right now they are in such broad region groups that it is not really feasible.


Also the Su-25 textures are done. It includes the DPRK (L), Russia/USSR (R) and middle eastern (Z). The default one has also been changed a bit. 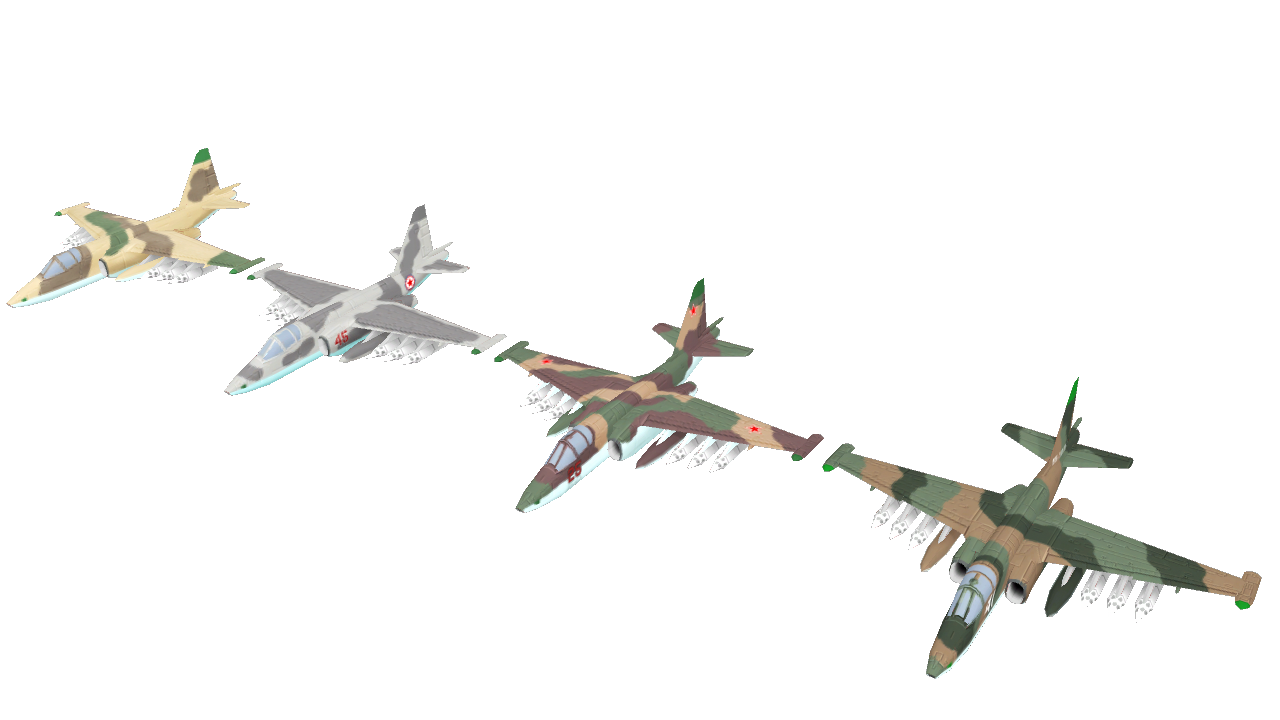 I decided to include a Z region group texture mostly to avoid having middle eastern countries use a 3 tone green and brown camouflage pattern. The pattern is fairly close to Iraqi aircraft though naturally without markings. It is not too far from the aircraft operated by the IRIAF so it should be okay all things considered.
The updated texture are in the repository.
Top

just a question:
is this information on the following wiki entry still up to date and usable:
https://supremeruler.gamepedia.com/Mod_Unit_3D_Meshes
last edit was on 13 June 2017‎

At a glance I do not see anything particular wrong with that page. Other than the option to use 3D models instead of the UGBITS for unit icons the only noteworthy change I can remember happening with regards to 3D models predates that last update.
Top

Another model I have had in an incomplete state for I do not know how long. Not entirely done but it is getting there. For one it still need some dirt. 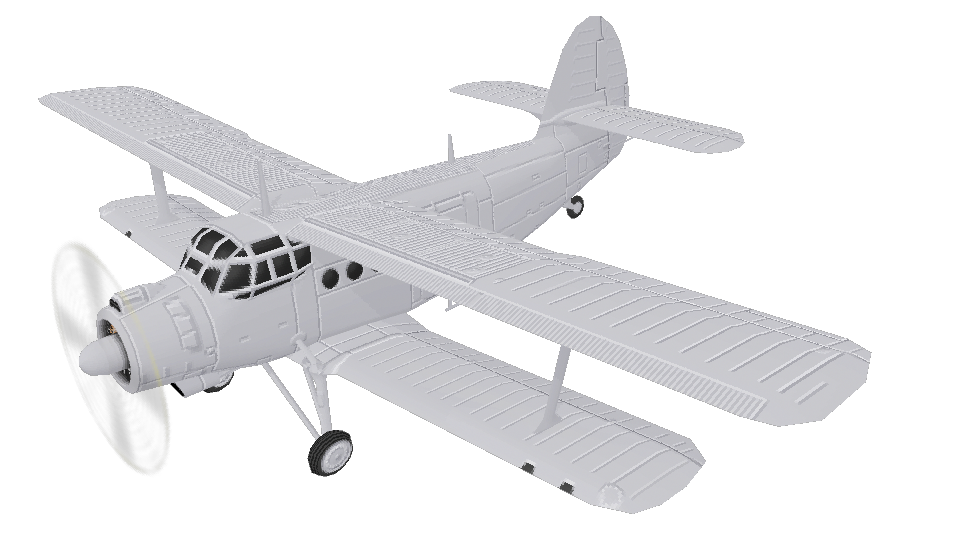 The prop should be less visible in-game.
The main planned versions are USSR, PRC and DPRK
Top

Thank you for your answer and since no good deed goes unpunished, another question:
I have a large-scale model , to display it right in the game i would probably need to scale it down to like 0.001 maybe even 0.0001.
Is it better for performance to either:
1. scale down (no change in vertices, just the space in between) in the modelling program (i use mainly blender) or
2.use the meshscale option in default.picnums (will the game cache the lowerscale model in graphics memory?)
Thanks in advance for any inputs.
my mods
http://www.bgforums.com/forums/viewtopi ... 79&t=25932 (even techs and units for everyone - AI will own you too)
http://www.bgforums.com/forums/viewtopi ... 79&t=29326 (MARSX2)
Top

The question is if it applies the scale adjustment no matter what the scale is. If it does it no matter if it is 1 or 0.01286 I would expect the performance difference between the two options to be negligible.
I can say that the engine loads the picnums file whenever you load a savegame but what it does beyond that we probably need George Geczy to answer for us.

From a practical perspective that means you can adjust meshscale in the picnums file and check your adjustments just by loading a save where the model is in use.


Personally my suggestion is to grab a model from the game, import it into blender and use it as a scaling template to scale your model against. It should make it easy to set a scale that is roughly right.

I have a template model that I use for setting the scale for all models I make and it means I can largely reuse scale settings instead of having to figure them out for each model.
Top

I had originally hoped to have something ready by the end of January but I have had some things to deal with for the past few weeks and I am not sure when I will properly be able to get back to this.

Still I have worked a bit on a couple of models. 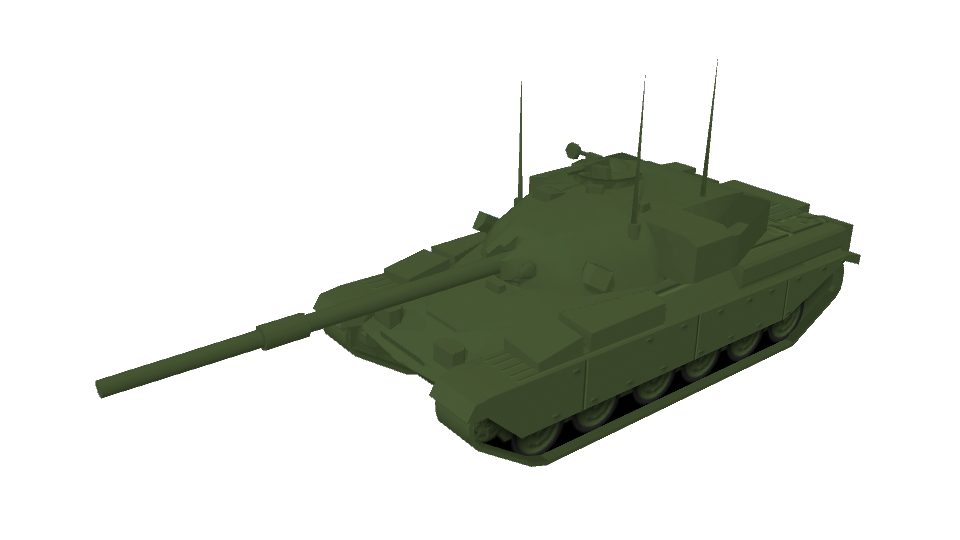 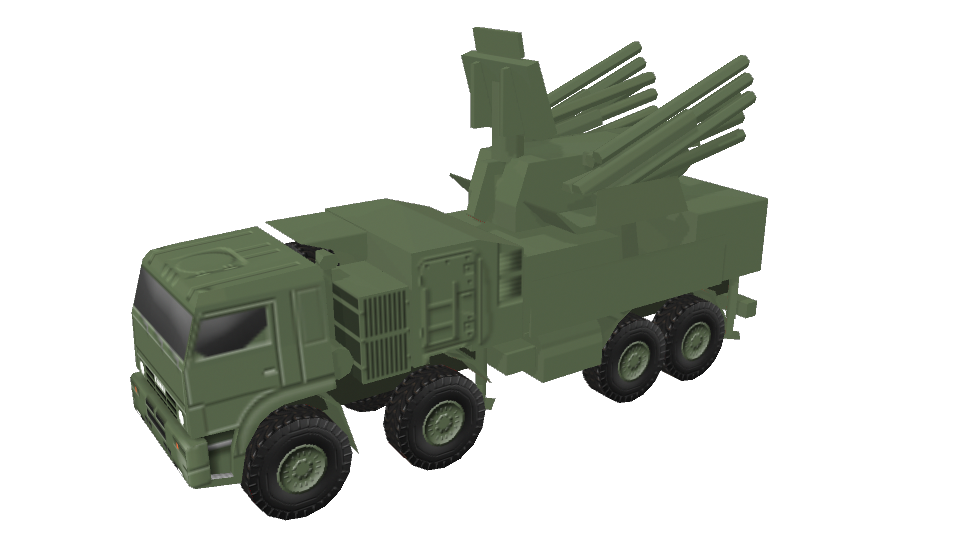 Are you certain? Checking position 1905 on the file in the repository there should be an icon for the Wedgetail.
Top

Sorry! 1905 is already done! I just forgot to update my ugbits
Top

No problem. If you find any issues with the latest version let me know.
Top

More work done on the Chieftain. 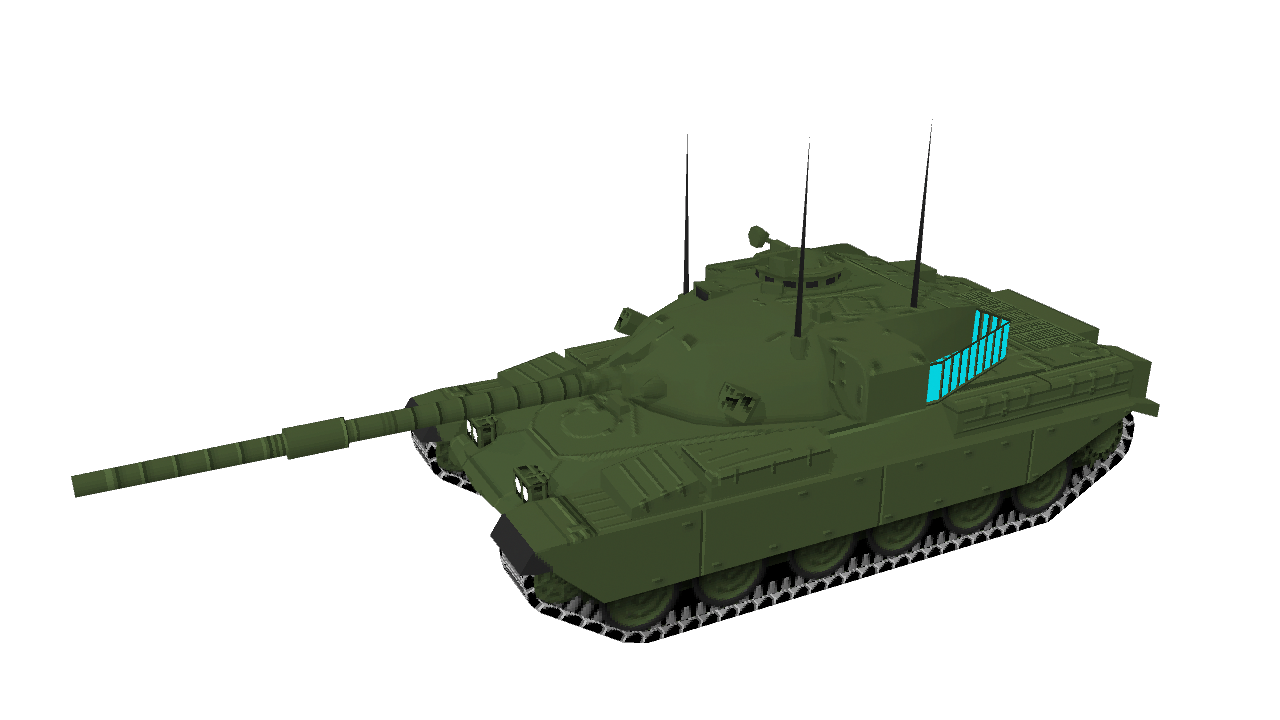 The cyan is just part of my texture template and will be transparent in the final version.
The shading is also only rendered so far and will be given some manual tweaking.
I might also end up changing the smoke dischargers as I and not exactly happy with how they currently are.
Top

another question for the modelling pro's here:
say if i like to have a wood like terrain , ie. an asteroid field, do i need to put each rock in there by hand or is there some options like:
use these and these model, randomize location, and put x amount (maybe even a random range) of them into each tile ?
Any help or direction is greatly appreciated
my mods
http://www.bgforums.com/forums/viewtopi ... 79&t=25932 (even techs and units for everyone - AI will own you too)
http://www.bgforums.com/forums/viewtopi ... 79&t=29326 (MARSX2)
Top
Post Reply
1284 posts